In May 2007, all four branches of the library in Josephine County were closed due to lack of funding. More than 82,000 people were left without access to any library whatsoever.

(Over eight years later, I still feel a little shocked writing that.)

A past library levy had been absorbed into the county’s general fund. When the federal government failed to renew a decades-old subsidy (meant to reimburse county governments for the loss of income from logging on federal lands) and voters (mistrustful of county government) failed to pass a measure establishing an independent library district, the libraries were closed.

I was there, and I was devastated. I kept thinking about how a whole generation of kids would grow up receiving the message–from their own community–that books, literacy, and knowledge don’t matter. That learning about the world outside their borders doesn’t matter. That libraries don’t matter.

In August 2007, a group of concerned citizens banded together to form Josephine Community Libraries, Inc. (JCLI), and after 18 months of fundraising—stuffing envelopes, staffing information tables, and begging councilors and commissioners for money—volunteers reopened the Grants Pass branch of the library. Committed to providing library services throughout the county, the board of directors made it a priority to reopen the other three rural branches as soon as possible after the opening of the main branch.

I’ll never forget the opening of the Children’s Room on that cold December day in 2008. I was standing at the circulation desk so I could take pictures. On the other side of the ceremonial ribbon stood crowds of excited and curious kids. When the ribbon was cut, the kids streamed into the room. When it came time to check out, they had stacks of books in their arms and magic in their eyes.

On that day, we sent a message to the kids in our community: we care. We care about their education and imagination. We care that they have a future in the larger world.

However, despite our disappointment in the results of the election, JCLI remains determined to provide quality library access for the children in our community by launching First Chapters, a project to modernize and enhance the Children’s Libraries in Grants Pass and Cave Junction.

The project will fund updated books, mobile bookshelves kids can reach, and furniture that actually fits them. It will provide technology that matches their need to learn and resources that fit their need to play.

JCLI has also partnered with Oregon’s Kitchen Table, a group of non-partisan, non-profit community organizations that is helping JCLI with crowdfunding, so that as many people as possible can donate to the project, to feel ownership of the amazing work libraries are doing in our community. If you’d like to help out, you can make a donation here. 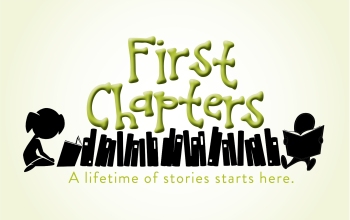 By reopening the libraries, we transformed the message we were sending to our kids. Instead of telling them that books, knowledge, and culture are expendable, we taught them the importance of lifelong learning and connection with community and the outside world. With First Chapters, we can reinforce that message. We can teach them that libraries matter, no matter what.

I’m a writer, teacher, library advocate, and breast cancer survivor. I live in Southern Oregon, where the mountains are tall, the lakes crystal clear, and the beer hoppy. I’m currently working on a novel set in 17th-century England that involves witches, alchemy, and a wicked-smart crow. View all posts by Jennifer Roberts